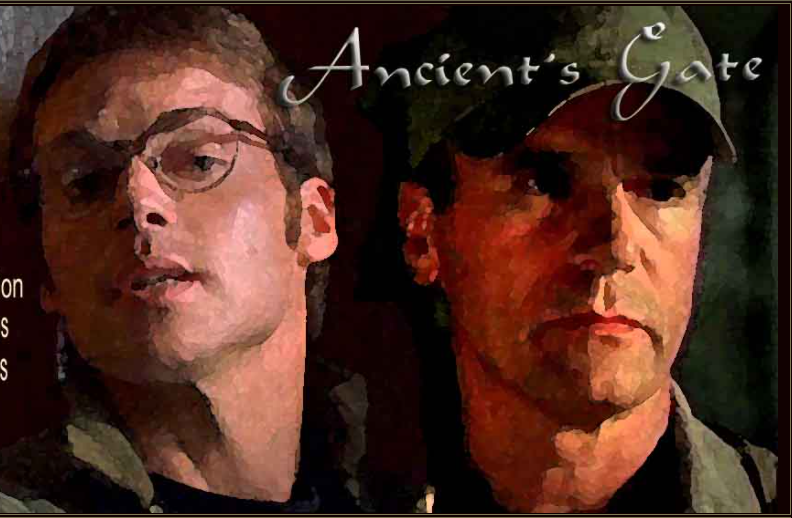 Could I be you? by Matchbox 20 (Jack/Daniel)

Is Nothing Sacred by Meatload (Daniel, Abydos, Jack)

The Widowing Field by Jars of Clay (SG1) – Sunrise was inspired to write a story by this video. You can find it here.

Learning to Breathe by Switchfoot (J/D)

When You Come Back Down by NickelCreek (Some Meridian Scenes)

Where Are You Going? by Dave Matthews’ Band(Jack Daniel -some Meridian scenes)(8.5 mb)

Sharp Dressed Man by ZZTop (all males of Stargate)( 10 mb)

My Own Prison by Creed (Jack/Sara/Charlie) (13 mb)

The Reason by Hoobastank (Jack and Daniel)(7.6 mb)

Faith of the Heart by Russell Watson (Daniel, 29 mb) Self-explanatory, really. Thanks to Starfox for the song.

Making Love (Out of Nothing at All) by Air Supply. This is a Jack/Daniel vid made for the winning bidder in the 2005 Moonridge charity auction, Debbie MG. Kudos to her for the song and her generosity. (40 mb)

Cry by James Blunt – (J/D 23 mb) The basics of friendship. This one is for Chance.

I’m Going Slightly Mad by Queen, 33 mb) You’f have to be a little crazy to go through a stargate in the first place…

I Like the Way You Move by Bodyrockers (40 mb) This video was created for the winning bidder in the 2006 Moonridge auction, April. The song and much of the clips are her wonderful idea.

Interested in getting these vids on CD or DVD? Look here.

Like Highlander? Check out these vids done for some HL Cons:

Prologue by Loreena McKennit (34 mb) For the episode ‘Band of Brothers’.

Dance by Loreena McKennit (edited audio) (34 mb) For the episode ‘ForgiveUs Our Trespasses’.

Prometheus (soundtrack/episode music) (51 mb) For the above title episode. I think this one of this years’ vids I’m most proud of.

Inside Us All by Creed (44 mb) Can’t recall all the episode names, but I call this one ‘Evil Duncan’.

On the Prowl (done with storyboarding help from Mon) (22 mb) For the episodes The Four Horsemen and Revelation.